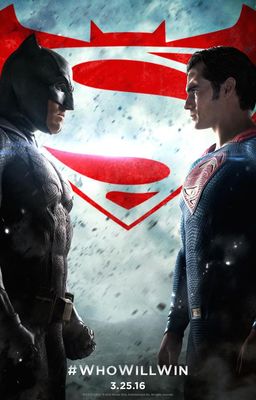 Fearing that the actions of Superman are left unchecked, Batman takes on the Man of Steel, while the world wrestles with what kind of a hero it really needs.

Expectations were high among all comic book fans and casual movie goers coming in as the film super packed itself with star power, a big financial budget, and a promise to build a new cinematic universe which would rival that of Marvel’s The Avengers. What we end up having though is a 2 and a half hour montage of poorly edited shorts that lack the proper cohesion to transition into the CGI slugfest that is the last act. For if Dawn of Justice will be remembered for anything, it is as a prophetic cautionary tale that ‘less is more’, and how director Zack Snyder took an attractive and simple idea and muffled it through the addition of useless characters, incompetent storylines, and blatant foreshadowing of what is to come next.

The film’s story is perhaps the greatest injustice of all, one which neither Batman, Superman, Wonder Woman or any of the prolific journalists at the Daily Planet can seem to crack. The film starts out humbly enough with the clichéd Batman backstory and smoothly transitions into the events of Man of Steel, which is being used as the base of the conflict between the two superheroes. The factors are present and one can see how there is tension between the two, but ironically for a screenplay of 2 and a half hours, scenes seem very choppy. It is as if Snyder has no faith in the intelligence of his viewership and instead of leaving nuances for the audience to pick up and build the story, he constantly flashes to audiences new facts with abrupt transitions leaving no time for reflection of the previous scene. Major characters Batman and Superman frequently get sidelined to develop storylines which really do not matter and do not contribute to the development of the plot. In fact through close analysis, one could start to pick out threads in the storyline and come to the conclusion that the plot wouldn’t have changed, in fact the movie would have probably been better off (i.e. without much spoilers there is a dream sequence featuring flying demons in the middle of the desert which is never explained nor connected with the film). And it’s at that point where if an audience can start to pick out useless segments that the credibility and quality of the movie is severely underminded. The sloppiness that went on in the writing room is what will prevent even the casual movie goer to enjoy the film as its holes and flaws are too glaring to be ignored. The film starts of well, but fails to keep that momentum for very long as it does not really know whose movie this exactly is: Batman’s? Superman’s? The Justice League’s?

As for the superstar talent in front of the camera, one can certainly feel a certain extent of ambivalence. By far the standout performance of the film is Ben Affleck as Batman, one which ironically caused uproar when the casting choice was first announced. His character adds levels of darkness and rage with a bulky physical stature that would have greatly complemented Nolan’s thematic take on the bat. Unfortunately for Affleck, he is surrounded by actors and actresses who do not perplex the same depth to their characters. Cavill’s superman amounts little more than a cardboard cutout, Gal Gadot’s Wonder Woman is merely showcased without any proper development, and Eisenberg’s insufferable Jim Carrey performance is a true deprivation of humanity. That is not to say that superhero films in general are immune to sub-par performances and generic characters, but with an A-star cast like this, one would have to expect the standard to have been raised, not lowered, by these actors.

And one could think “Forget story, I just want to see big fight scenes and visual effects pop out of the big screen”. In this regard one could conclude Snyder has done some justice to fans and moviegoers, as the film’s majestic $250 million budget truly is reflected in the mass scale choreography and flashy effects that appear on screen. Sky scrapers crumbling, explosions unleashed, muscles flexed, at times does one set aside the irregularities of plot and enjoy the brief beauty of Batman and Superman going to head to head, or Batman taking out a couple of criminals. However the last act, involving the monstrosity that was Doomsday, is a CGI abomination only previously identified to the likes of Michael Bay. Again referring back to the ‘less is more’ principle, this last part feels the necessity to add as many lasers or bombs as possible to up the gravitas and end with a big bang leaving it all style no substance.

It’s safe to conclude that Dawn of Justice marks a historic event in the Superhero industry: the start of its saturation, as executive producers and directors, much to the likes of the found footage genre, struggle to compact so much material into one film to set itself apart from its competitors. Easily one of the biggest disappointments of 2016, Dawn of Justice sets a dangerous precedent for its competing superhero film, Civil War, which also deals with two iconic superheroes going head to head over the dangerous consequences set by the actions of superheroes.