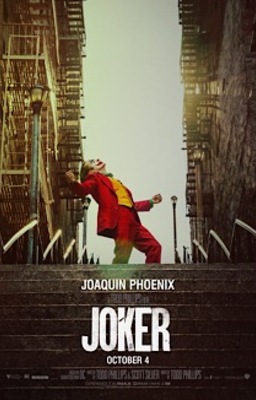 A gritty character study of Arthur Fleck, a man disregarded by society. - IMDB

In an era of superhero fatigue, every new entry starts to become more and more a bitter pill to swallow. Setting aside the decade long build-up the Marvel Cinematic Universe had for its anti-climactic Endgame, why, after several incarnations, do we need another portrayal of the everyone’s favourite Batman villain? Ledger’s fatal performance in The Dark Knight was already praised as the messiah of all comic book villain characters brought to the big screen, and all of us are already too busy trying to forget Jared Leto’s desperate performance in the lousy Suicide Squad. The truth is, on paper, Joker seemed like a last-ditch attempt by DC at salvaging what was left of its ‘cinematic universe’.

As more details started getting released about the film, confusion proliferated. A low-budget stand-alone film NOT featuring Jared Leto and directed by none other than the visionary behind party animal movies The Hangover and Project X, Todd Philips?

But, for all the controversy over the film’s ‘glorification of violence’ and ‘shallow social commentary’, the truth is Philips and Phoenix were making a film that was ruthlessly unapologetic, unaccountable to the rules of superhero films let alone traditional movies, and filled with complete savagery. It was euphoric.

Joker is a character study of Arthur Fleck, a failure of a clown and wannabe stand-up comedian, who lives in a world so merciless and self-centered that he faces abuse at every turn of the way. Never mind his underlying psychological deformities, this is a character who gets kicked when he’s down so many times, it’s almost as if the film wants you to empathize with him … or so you think. You see, the inherent ingenuity of the film is that just when you feel you’ve gained an understanding of how the film is going to play out, it subverts your expectations, its plot twist get further twisted to the point that the film has you questioning what’s real and what’s not. The unreliable narrator is a technique which at its core serves to reveal something profound about the protagonist, detaching you from them and reminding you to remain vigilant. But in Joker, it’s so much more than that – it’s a representation of the inherent chaos of not only the beloved villain but of society as a whole. For you see, no matter how many times the film reminds the audience that any attempt at modelling the film's themes to explain its logic will ultimately be unfruitful, we refuse to remain vigilant and indulge in our decries of the film’s insensitivity to political culture and tributes to extremist ideologies. But perhaps the Phoenix’s character was right ‘you wouldn’t get it’.

Speaking of Phoenix, for as much as we have praised Ledger’s performance in The Dark Knight, Phoenix marks a lasting imprint on Joker that makes it seem he was born for the role. No stranger to playing demented individuals (see You Were Never Really Here and The Master), Phoenix invests all his emotional and physical energy into this role of a skeleton whose far past the ‘one bad day away from insanity’ point. From his emphatic gestures, to his violent outbursts, to his most granular mannerisms, it’s hard to believe Joker is anything but authentic. As for the supporting cast, familiar faces chip in their performances too, most notably De Niro, but let’s be honest, his performance is the last thing anyone had in their list of reasons to see the film.

What I will admit to be shockingly surprised towards is Philip’s directing, making the conversion from outlandish comedies to downright drama. I very much questioned his ability to pull this off, but he did so, like Phoenix, as if he was born to do it. From the camera angles, to the cinematography of the downright cabin-fever Gotham city, a superhero film has never looked more beautiful, let alone sounded so thanks to the retro soundtrack. But maybe that’s because Joker is not a superhero film, maybe for once, instead of comparing it to an archetype of cinema, we should take a moment to appreciate the film in all its inherent chaos for what it is: a masterpiece.