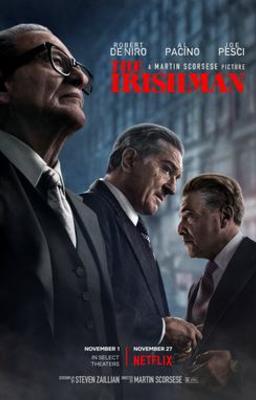 The Irishman has gotten a lot of fame in the news recently. Not for its A-Star cast in front of the camera (De Niro, Pesci, Al Pacino) or behind the camera (Scorcese), but for its absurdly long run-time (3 hours 29 minutes). It seems Scorcese, who allegedly passed on making Joker, decided that his passion project was making a 4-hour documentary about the geriatric mob’s greatest threat: arthritis. And the critics are loving it, reports calling for another Oscar for Scorcese and company to hang on their Christmas tree of critical acclaims

But critics are not the same as audiences, for despite the 13.2 million eager Netflixers who watched The Irishman on opening week, only 18% managed to get to the credits, and who knows what percent of that were actually awake for the whole thing. ‘Ok Boomer’ jokes aside, I made the valiant attempt at watching The Irishman in its entirety during a 4-hour train journey (the only chance I’d ever find a good excuse to watching it). And to my surprise, it was a pretty good time. No major action scenes or visual effects to speak of (de-aging technology is nothing new Scorcese – see The Curious Case of Benjamin Button), The Irishman plays out like a 40-year old reunion of Goodfellas. No one is phoning in a performance or taking themselves too seriously. On the contrary, they all seem to be having a good time going down memory lane with notable homages to old mobster films. Of course, The Irishman didn’t have to be almost 4 hours long, but in the spirit of Christmas, we should let him off the hook.

Plot-wise, The Irishman focuses on De Niro’s protagonist, Frank Sheeran, an Irishman recruited into the mob as a hitman reminiscing about his time ‘painting houses’, with a particular focus on the later-years. Similar to Tarantino’s Once Upon a Time in Hollywood, Scorcese uses plot as a device to write his love letter to mobster films. There's an interesting comparison of perspectives between generations towards the end of the film making for interesting discussion on the politics and custom 'back in the day'. Alll of this is achieved through emphasis on dialogue and the relationships built between the central characters. Scorcese abandons the conventional crutches directors rely on to build tension such as dramatic music, high-stake action scenes, or flamboyant expression. And he gets away with it. Sure it’s frustrating as hell that the dialogue is entirely based on innuendo and the old-timers take their time to get to the point, but the good thing about having such a long runtime is that it gives you time to adapt to it and appreciate Scorcese’s wider vision in his film: a swan song to a prolific era of mobster movies.

However, this swan song could not have been pulled off without the talent in front of the camera. De Niro, Al Pacino, and Pesci get together and have a blast as they pay homage to their acclaimed old gangster personalities of yester-years. By spending so much time on the interactions and relationships between characters, you get invested in these characters and have a deeper appreciation for what happens to them as the film goes on. Sometimes it’s just a marvel watching them interact and make crappy jokes on screen, reminding you it’s not that you’ve got high standards of what a good film should be but that today’s cinemas are filled with a plethora of garbage films.

As to the production itself, Scorcese complements this beauty of a story with an intricate cinematography and soundtrack. There’s a beauty to having the scenes go on for longer than necessary – a sense of authenticity to the story being told and respecting those hired to tell it. And with ‘In The Still of the Night’ playing in the background, Scorcese knows how to pack an emotional punch that makes you feel like you’re living in it all.

They say life is what happens after the camera stops rolling. The Irishman is Scorcese’s attempt at turning the camera back on and showing us what happens to our favorite characters. It isn’t for everyone, and definitely not an experience worth repeating (God knows even couch potatoes have a better use of 4-hours), but if you pull through to the end you’ll be rewarded with a feel-good sensation and a renewed appreciation for good cinema. 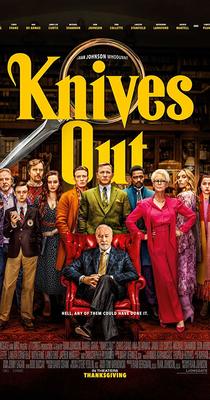 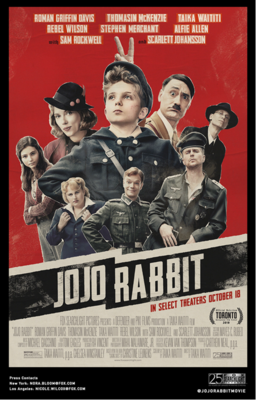