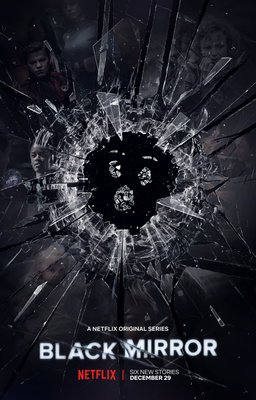 Risk always comes with innovation. By introducing something new and untested, one risks creating something people might hate in the hopes that the audience will love it. Netflix and Black Mirror aren’t afraid of taking risks in innovating television, and they are big enough in terms of their viewership to pick up the tab should things go south.

On the one hand, Netflix has taken big risks over the years with regards to mass producing hundreds of hours of original content per year with very mixed results (Cloverfield Paradox- seriously what even was that?). On the other, Black Mirror has taken risks in its choice of stories about dystopian futuristic realities, varying from very illuminating episodes such as The Entire History of You to cheap recycled social commentaries such as Ark Angel.

For Bandersnatch, Netflix and Black Mirror team up once again to attempt an even bigger feat: interactive TV. The same way video games like Heavy Rain and Until Dawn brought cinematic storytelling to video games, Bandersnatch brings ther interactivity of gaming to television.

Interactive television is an interesting technological innovation, but it does raise interesting questions. By offering control of the narrative to the viewer, is the artist offering further immersion or is it a cowardly unwillingness to make the necessary narrative decisions that define a story?

The issue with Bandersnatch is that beyond its interactivity, there is nothing of real interest. Even then, the interactive aspect becomes nothing more than a gimmick. Once you explore all the possible paths, you realize that all the endings play out more or less the same, lacking any meaningful lessons that viewers tune to Black Mirror for in the first place. As the protagonist put it so elegantly “free will is an illusion. The player gets to make choices but I control the endings”.

Unfortunately this theme of free is only treated as a way to excuse the new technology as a storyline as the theme never gets any substantive treatment. In essence the style of Bandersnatch has also been dressed up as its substance.

The plot revolves around protagonist Stefan, a teenager attempting to create a “choose your own adventure” video game based on a book. Add to that a troubling relationship with his father after the death of his mother and an omnipresence of paranoia and delusion and you’ve got the story. I say this because any decision you take after serves nothing more than to determine whether you will unlock additional details to the storyline. Bandersnatch is less of a choose your own adventure and more of a conventional progression-based video game where there are in essence “right or wrong“ choices. Your ‘run-through’ of Bandersnatch can last as little as 5 minutes to over an hour and a half. Luckily Netflix tells you which decision essentially prevented you from progressing through the story.

Perhaps this is a personal critique against Black Mirror's dystopian theme which makes it a convention that there are no happy endings, especially not for the protagonist. However for an interactive episode, you would have hoped the filmmaker to have taken advantage of the platform and deliver a more diverse set of storylines.

Contrary to other reviews, there isn’t much to discuss other than the plot, which is essentially the main focus of interactive television. Sure the cast, a few of which are familiar faces from other famous movies or tv shows you might’ve binged the other week, deliver a convincing performance, but the interactive nature of the episode asphyxiates any potential character development. However what I will say, standard to Black Mirror, is that the cinematography does not disappoint in recreating an 80s like era with a beautiful score.

Obviously Bandersnatch is but the pilot to interactive television and with the concept still being in its infancy, many of the limitations and frustrations identified will presumably be overcome as more movies and television shows start playing with this platform. But is this necessarily a good thing? By blending video games with television, are we creating a masterpiece or just a hot mess? I guess I’ll leave that narrative decision to the viewer.