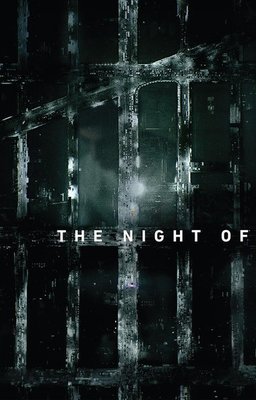 After a mind-altering night of drugs and passion, strait-laced Pakistani-American student Nazir Khan wakes up next to a brutally murdered woman and finds himself in the crosshairs of a gruesome murder investigation waking up next , panicked and shaken, but possibly with a trace of doubt as to his own innocence.

The summer is a vacation epitomised by the idea of ‘disconnection’, breaking off ties with work and stress by escaping on a holiday or delving into mindless entertainment. It’s in this atmosphere that Hollywood blockbusters have become such a hit during this time period, as powerhouse studios like 20th Century Fox and Columbia Pictures release movies like Independence Day: Resurgence and Ghostbusters, spectacles that have little mind over what is otherwise considered as a CGI fun fest. On the other hand when it comes to television, the summer serves more as a hiatus period. Fresh off the latest mind-bending Game of Thrones or relieving Big Bang Theory, the summer is usually that long break where people spend less time watching TV and taking advantage of the outdoors. This comes to great shame because The Night Of might possibly be one of the best shows no one will ever know about because of it.

Composed as a one-off miniseries, The Night Of spans over 8 enriched and well-developed episodes to tell a story that subtly teases you to its mysterious climax. Rather than taking a business model approach whereby the show takes a very intriguing idea and dilutes it over a span of a couple seasons to create a solid viewership for monetary purposes, The Night Of is clear on the story it’s going to tell and how it’s going to tell it, leaving little time to drool or fill up with otherwise dubious content. From casting choices to camera angles to the overall plot itself, The Night Of has a lot to say in-between the lines about society itself and the bureaucratic justice system of America is not as glorified as it is on TV or how even today racial prejudice is inherent.

The plot is, as the title suggests, the repercussions and events following protagonist Nazir Khan, who wakes up next to a dead girl with no recollection of what happened and is charged with her murder. There is no dramatic irony here, the audience is just as puzzled as the protagonist is, whose life plummets into a rabbit hole of problems after the night of the murder. What is most intriguing of the show though is how is the relationship between the audience and the protagonist himself, because while at the beginning one is drawn to root for him due to his inability to remember anything, as the show goes on the character’s behaviour and brought up past forces the audience to question his innocence. Is he really innocent? This is the question that the show clever dances around to keep the audience hooked as it investigates different leads, though never going into too much detail so as to preserve the addictive aura of mystery. That being said, at the same timeThe Night Of subtly makes a critical social commentary about the American justice system, similar to that of beloved documentary series Making a Murder, exposing the manipulation of the truth in the media, typecast stereotypes minorities are victimised, and the perversion of justice by the state for personal prosperity and legal efficiency. There’s a great appreciation for The Night Of’s sense of realism as the show does not glorify or hyperbolise courtroom scenes nor does it attempt to end episodes with over the top cliffhangers. It truly feels as if one was being shown each scene as it happened with no layering of artificial controversy or sugarcoating.

Much of this authenticity and intrigue is due to the cast themselves, who though may not be award-winning actors yet, have portrayed great effort and enthusiasm into this beautiful passion project. It perhaps goes without saying that protagonist actor Riz Ahmed, who carried the most pressure into the delivery of the show, should get much of the acclaim here as he daringly takes on a role which asks of him to dramatically develop his character from a seemingly innocent victim to that of a brutal animal, all whilst keeping a veil of mystery towards the audience. This performance is then supplemented by an entourage of convincing and interesting characters, most notably that of John Torturro’s who makes a powerful comeback after having somewhat of a flimsy portfolio as of late. It never feels too much of a cluster as the show carefully balances each character’s screen time proportionately so as to not have anyone left out but also not have them overlong their welcome either. What does hold you back is a couple moments of forced romance just because, serving nothing more than a plot device, but regardless of whether this was a director’s choice or a decision hammered by the execs to fit in with the ‘TV formula’, it is not great enough of a detraction from the appreciation of the artwork as a whole.

This is because The Night Of isn’t just interesting to watch, it’s beautiful to look at to. The construction of each scene and their camera angles quickly dispel any notion that this is just another soap opera or sitcom, but thought and time has been put into the visuals of this passion project. No longer are scenes constructed to throw facts and clues straight into your face or choppy transitions between one scene to another, but rather developed in a way for the audience to relate to the atmosphere present or that eerie feeling when the camera rolling even after the scene has supposedly ended. The show’s choice of using a rather somber filter for example cleverly contributes to project to the audience the grim reality of the protagonists situation in a seemingly parallel world of the one we live in today. Coupled with the classical soundtrack composed by Jeff Russo, The Night Of entraps the viewer into an addictive and immersive experience that you’d never want to end.

With its parameterised storyline, The Night Of knows not to overstay its welcome or dilute the beautiful quality it has going for it like so many other promising shows have. It’s able to boast an underrated and well-talented cast, who in my view, will benefit greatly from The Night Of, be it in the form of accolades for their performance and/or bigger roles in future projects. Its beautiful cinematography provides great replay value as one can look take a completely different perspective on the meaning of a scene because of the details they had missed out the first time. Because at the end of it all, The Night Of is short and sweet providing something unlike anything else to date , its only sin is that it was released at the time of year where nobody is watching television.